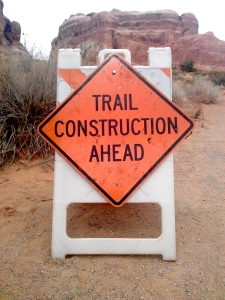 The concept of minimum wage for most Americans was confined to the teenagers only, where they had to work on small-scale and temporary jobs to pay for their interests, hobbies and luxuries.

Low wages is a serious issue in America. Some view as increasing the wages an answer to combat the unemployment issues and a contributing factor to boost the economy while others oppose it calling it to be an unjust step.

The ones who are against raising minimum wage say that labor force or other employees who work around 40 hours in a week would end up making $15,080 an year leaving the families that seek government support below the poverty line of $15,130. Those families mostly comprise of small families, with one or two family members. So, it is thought of as morally incorrect to do injustice to American citizens who cannot support their families single handedly.

According to the official labor statistics, about 70% of the labor force employees work less than 35 hours each week, which is why they end up earning relatively less.

Senator Tom Harkin has introduced the legislation that supports raising minimum wage to $9.80. It makes $20,400 for the people who work the whole year on full-time basis.

People who support raising minimum wage assert that this move will boost the American economy. They say that if low income households would start making more money, they would spend more as well, which will pour more currency into the economy.

The Federal Reserve Bank of Chicago’s recent study concluded that as a result of raising minimum wage, households with at least 1 minimum wage worker began spending more by $700 each quarter.

The Economic Policy Institute of Washington D.C. concluded that families gain financial security as a result of raising minimum wage along with gaining the ability of purchasing services and goods, which is a stimulus that generates more jobs for the Americans in general. Supporters also say that such a move can decrease employee turnover in labor work force and retail jobs and would thus help in keeping the training costs down.

However, on the opposite hand, the ones who oppose raising minimum wage argue that this step will actually lower the employment rates, especially in retail jobs, because the employers of small businesses will not be able to hire more staff. According to the people, such a step would only burden the employers.

The ones who oppose this legislation argue that raising minimum wage is aimed to help the labor workers, but in reality, those labor workers are the people who would end up paying more as a result of such a policy. They also think that workers who willingly accept $5 an hour for easy jobs must be allowed to do so, because it is at least better than finding no job at all.

According to the Employment Policies Institute, legislation concerned about raising minimum wage has not proved effective in lowering down the rate of poverty by any means. Several studies have shown little or no relationship between reductions in poverty and a higher minimum wage.

Contrasting views suggest that although raising minimum wage will decrease the number of people that get fired, but at the same time the amount of jobs available for people will decrease, which is going to negatively impact the labor force. As a result to this, lesser stores will operate, hence, cutting down the job opportunities for the people.

With the increase in the minimum wage, retailers will have to somehow cover up the cost of the increment and they will do so, by increasing the prices. The prices of goods will increase in all the sectors, from pharmacy to a grocery store. In the end, it is the consumers who would suffer as a result of raising the minimum wage. So, if we look closely, the legislation will not really bring any positive changes, unless, the ones who are in power are willing to do one.