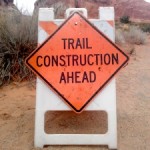 The concept of minimum wage for most Americans was confined to the teenagers only, where they had to work on small-scale and temporary jobs to pay for their interests, hobbies and luxuries. However, it was seen that 3.8 million workers in 2011 earned the minimum wage of $7.25 for an hour. It raised the debate […]