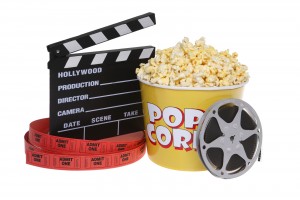 Usually when people think about the different jobs available in the entertainment industry, they start to think about movie stars or famous pop culture icons. But there are realistic positions available for the average worker, although sometimes they can be hard to find. You do not necessarily have to be a part of on-screen activities, either. There are a broad range of jobs considered part of the entertainment industry, so if you are interested in finding one then take a look at the following list! You don’t have to be featured on-screen to earn an honest dollar in this industry.

A/V professionals actually function in a multitude of industries, but they are an important piece of the entertainment business. Some of the places where audio video workers are being hired include sporting events, concerts, and theatrical productions. They are responsible for ensuring that all sound and video equipment is functioning properly. Depending on the size of the venue, A/V operations could be serviced by a large team since it’s likely that the systems are very complex. The average salary for A/V workers is $47,000 per year, and it will give you direct experience in the entertainment industry. There are no requirements for this type of job other than work experience, so you can usually hop right in as an assistant and hit the ground running.

We’re not talking about A-list or other big-ticket celebrities. There are thousands of theater and other smaller acting jobs all around the country, and they are usually a great way to stay involved with the entertainment industry on a part-time basis. Here’s how it works. If you have experience in acting, try landing some rehearsals in various locations around the United States. Big cities like New York are usually the most competitive, and a lot of young actors prefer to branch out to other cities in order to find a role. Other bigger companies like Disney can be great places to continue your search, since they are constantly hiring entertainment professionals to help with various shows. Keep an open mind if you want to find a job in acting and good things will happen. The average salary is tough to pin down, but landing a good gig in a big city will provide livable wages.

When people think about construction the entertainment industry doesn’t usually come to mind, but there are some excellent construction roles available. Big movie sets require a herculean construction effort to film the proper scenes. Working directly with the directors or production managers, construction managers facilitate on-set organization and development through skilled labor. A lot can go into making a movie or other film production, and the construction aspect is certainly no exception. Construction managers on a movie set earn six figures yearly, although a lot of movies won’t take that long to produce. Plan on working in a contractor-type role, since this is the capacity almost all on-set construction workers find themselves working in.

For those with a passion for the arts, a career as an animator could be the perfect fit. They draw and color pictures, perfect old drafts, and create new characters. Animation is bigger than some people realize, especially when you consider the high-grossing animated films that have been released in the past. Movies such as Avatar, The Titanic, Harry Potter, and the Lord of the Rings are some of the highest grossing films of all time. What do they all have in common? A high-quality team of animators capable of getting the job done. The average salary is $50,000 per year, but animators on successful movies have the potential to earn six figures or more.