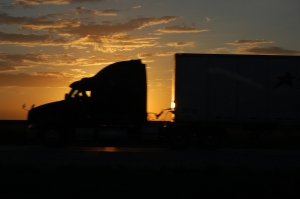 Since the era of mechanization, trucking is a term known across the globe. Globally the need to utilize a large transport vehicle for military, private or commercial purposes has been ever increasing since then. However, when it comes to the United States of America, trucking is not just an ordinary word.

Truckers are not going away:

Trucking, unlike the other parts of the world, emerged as a widely acceptable profession in the United States. Use of the trucks have had been known to the Americans for a very long time. This massive transport vehicle was used to undertake the several transportation and developmental work that could have otherwise, faced an ultimate delay.

The trucks were however, previously considered the entertainment and sports medium. The culture of truck racing amplified, after the introduction of the 18 wheelers, due to the American love for the large trucks racing. The developmental age of the USA marks great worth of the heavy trucks.

Every day hundreds and thousands of truckers drive to hundreds of different platforms of multinational companies to become a part of something big. That is the reason why truck driving is still a famous, booming and rewarding profession in the United States of America.

The United States of America is a super power; however, the commercial progression continues to grow further towards its vacant areas. USA is expanding in terms of the infrastructure, roads, buildings and everything that can contribute to boosting its economy.

Because of the ongoing development, companies need to get things moving on the road in order to aid in the completion of the large projects, therefore, it can be easily claimed that the truck driver jobs will remain steady and evergreen for a long period of time. Such opportunities are ever increasing for the truckers.

The life of a truck driver is quite adventurous and enjoyable for those who like to travel to places. Each day might be different in trucking, newer and further places might be traveled. Furthermore, the job might become a lot more interesting for those who love to drive these massive machines (trucks) backed up by the American spirit.

The best part of it all about it is that it pays well too. Truckers throughout the United States of America have a remuneration package starting from $20-$26 per hour.

The United States of America takes pride in being the hub of the renowned multinational trucking companies. According to the year 2013, UPS, FedEx and the JB Hunt Transport Services, rank out as the leading truck transport services. Both of the top ones, (1st and the 2nd), UPS and FedEx are courier delivery based companies with a prodigious channel of trucks working for them, while the 3rd one, being The JB Hunt Transport Services stands with a dedicated truck transport service platform.

The global recession, experienced by the United States of America lately, fell as downturn in its economy, rendering high level of redundancies and unemployment. However, after the recession phase, positive facts about the current and future worth of the truck driver jobs and the truck industry as a whole were presented by thetruckersreport.com.

The truck manufacturing industry is progressing and revolutionizing at a steady pace, with the high demand of the trucks. Thanks to the latest innovation in the technology, that has enabled the truck manufacturers to make better fuel-efficient truck engines. This makes them to use less fuel, with reduced level of environmental gases production while being equally effective as the previous models.

Use of less fuel by the trucks helps in boosting the economy as a whole by countering the effects of the rising gas price and preserving the valuable resources the earth has, since these natural resources would contribute to meet the scarcity, in the long run.