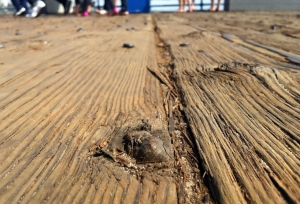 As American industry progresses, we are seeing many careers that were once prominent either leave the job market or get outsourced overseas. Many industries have seen a rise and fall, and it’s due to the ever changing economic conditions and the ability to produce merchandise and hire workers overseas. For example, the manufacturing industry was once the backbone of blue collar America. However, many of these plants have closed down as companies downsize or move their operations overseas. Some of these manufacturing centers allow entire towns and cities to pay their mortgages since they employ so many people, so when the jobs leave, foreclosed houses prevail since there aren’t enough quality jobs for everybody. There are many other jobs besides manufacturing that are endangered and will eventually go extinct in America, so we have compiled a list of the top 5.

The internet is an everyday part of American life. Most people know how to use it, and if they don’t they are at least aware of what it is. Every family is likely to have at least one computer enthusiast. You can find cruises, flights, hotels, and other services by yourself online, so using a travel agent is becoming a distant memory. You can save money by setting up the trip yourself. Career opportunities for travel agents are expected to drop by 12 percent.

Since federal and state governments are actively repairing the budget deficit, the growth that the tax examiner / collector field was once experiencing is quickly declining. If you already have a job, you might experience a lower potential for raises and promotions as your department decreases in size. This career is expected to decrease by four percent.

The lumber industry in America has always been profitable, but people are becoming more and more environmentally friendly. Many companies are going paperless, which has led to a lower demand for wood products. Paper comes from trees, so lumberjacks are seeing a sharp decrease in the number of jobs and hours they can get. It’s anticipated that the career prospects of lumberjacks will drop by 9 percent.

Package delivery will always be present in America, unless Amazon can figure out how to transition to using drones, as they have been doing recently. However, the same cannot be said for USPS. It’s a very competitive industry with private and public players, and we have already seen a decrease in the amount of mail carriers in the United States who work for the government. As federal budgets continue to decrease, these jobs are becoming less and less prevalent. It’s expected to decrease by 28 percent, which is a huge number of jobs.

Farmers represent hard work and sacrifice, and without them, America wouldn’t be the country that it is today. With that being said, the number of jobs available for farmers is expected to decrease by 19 percent, and it’s because of the larger industries taking over a larger portion of the market share. Also, many people are becoming interested in sustainable lifestyle, so the demand for produce is decreasing. However, farmers will never go away, although their career prospects might decrease.

Many jobs in America are on the decline, but that doesn’t mean that if you work in one of these industries that your job is in jeopardy. It might mean, however, that if you are a new employee looking to step into the industry that your pay and career prospects might not be up to par with what they once were. There are many other industries in America that are currently on the rise, so maybe you should consider a career in one of them. However, keep in mind that the tides will eventually turn, and your career might end up on this list. Just keep working hard and position yourself to react if your career prospects aren’t up to your standards.